All About Music All-Star Jam 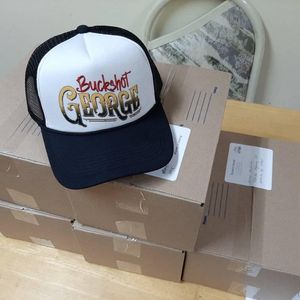 I've really been having a lot of fun lately with creating merchandise. In November, I had a dozen trucker hats printed and they sold out in a couple days. The surprising thing is so many of them were shipped out of state to places like California, Colorado, Oklahoma, Indiana, and Illinois. I have ordered another dozen and will add them to my store very soon. I was very impressed with the decent quality and affordable price to keep the hats at $15 (plus $5 shipping) They feature the Official Buckshot George Logo designed by Aaron "Ump" McCollum, former guitarist of The Earps and Motortrain.

I have other merch items with the same logo available in the Store. I recently added a 3/4 sleeve baseball-style t-shirt that I think looks really cool, and I plan to be rockin' that shirt onstage and out in the street very soon.

I will be selling shirts off the stage very soon, but for now you can order them here in my Store.

Just for fun, I had Brand Depot design an alternate logo for people who either already have the original design and want another design, or for people who like choices. This design will only be available in the Store for now. 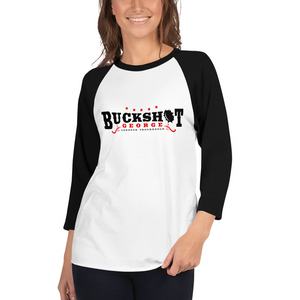 In other news, I have a lot of plans for 2022. More gigs! I will be recording a modern country/rock album in Nashville (on bass) with Bardstown singer Rob Unseld, making another Buckshot George release, and playing some out of state appearances. I will have a new photo session in March with local photographer Sandy Lyvers, who impressed me with her work at Light Up Bardstown 2021. These photos will include promo photos of me with percussionist Dave Wathen, who joins me for some of my live performances.

That's all for now. 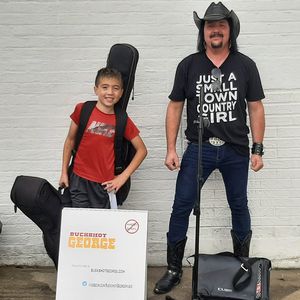 Had a little fun over the weekend, busking on 3rd Street in Bardstown with my two children as roadies. It's been on my bucket list for a while. Despite having played many high profile gigs to big crowds in the past with bands over the years and quite a bit of touring, I've still had this yearning to go play in the street. Last year, I saw a movie called "His Name is Randy " about a busker named Randy Kong in Des Moines, Iowa. That man is a friend of mine today, and he has given me many tips and much encouragement to try out busking. I highly recommend watching the film.

So I've read up on how to begin a busking endeavor, and learned that most big cities require a permit for street performance. I called the City of Bardstown last week. They thought a permit was probably required, along with permission from the police department. They took down my phone number and promised to call back. Apparently, my inquiry was unprecedented. I received a call later in the day and was told that there was nothing prohibiting busking in the city ordinances and they did not have a permit process. "Go ahead and do it", I was told.

I asked my children to help me carry my rig (two guitars, mic & stand, Roland Cube Street amp, accessories, and sandwich board). They initially declined and protested, as expected. "It's going to be boring," my son complained. Finally, he gave in, and my daughter eventually agreed to join us. This weekend was the Bourbon Festival and "Cheers to Bardstown", two separate events going on downtown.

We had a blast, meeting a few cool people, stopping by the patio at Mammy's for a bit, and having dinner at Bardstown Burger. I played two sets, one near Mammy's Kitchen and the other on the side of Wilson & Muir Bank.

I will continue a busking schedule until it becomes too cold for outdoor performance. Please see my show listings for more information about when I will appear in Bardstown. Keep in mind that times are flexible and locations are dependent on availability.

Welcome to the Dive! 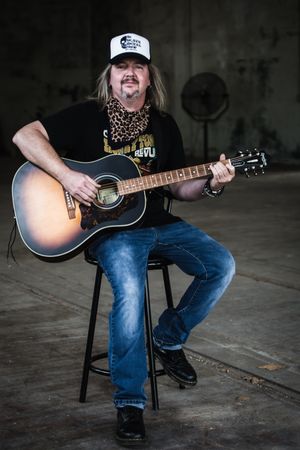 You can go over to the "Bio" page where I wrote a little blurb about who I am, with a brief summary of my musical resume I'm sure more biographical details will emerge in subsequent blog posts.

Recently, I drafted a business plan for my music "career" (for lack of a better word) and I would like to share with you the first sentence of my mission statement:

"I am dedicated to entertaining audiences with lively, spirited stage performances that fuse the energy of punk rock and the theatrics of glam rock with the twang and storytelling of country music."

I have some gigs booked in the near future. Right now, I do mostly cover material and I'm working toward the goal of regularly performing covers in the local taverns and restaurants. Many thanks to Air Devil's Inn in Louisville for booking me for December 3rd, 2021. That will be my first full-length, four hour gig of covers. You should go!

Cruise over to the "Music" page and hear my 3-song, self-titled EP of classic country covers. You can even download the songs for free. They are also available on all streaming platforms. Just search for "Buckshot George".

I have also included a "Donation" button at the bottom of the page, in case anyone would like to help me cover some of the startup costs and hosting fees. Donations are welcome and appreciated.

I would like to make a shoutout to David Bowden at 1857 Studios in Indianapolis, Indiana for gifting me with a bulk pack of guitar strings.

Anyway, here it is. A humble beginning.

I hope to see you at the shows.